The Best Terpenes for Anxiety

When we think about the vast resources that nature has equipped us with in order to protect ourselves from ailments such as the common cold and other problems we sometimes forget to ponder the power of terpenes. Some of the best terpenes are put to use every day by people all around the world and they are not even aware of it.

The scent of pine trees in the woods or the scent of a citrus tree such as lemon or lime comes from terpenes. Sometimes just the fragrance of a  powerful terpene can calm us down and bring us to our senses if we are in a state of aggression or fear. Are there terpenes out there that target anxiety and help to relieve it? Why wouldn’t there be?

Another definition of anxiety is a medical term that doctors use to describe a disorder that happens within people that suffer from chronic anxiety. The person that suffers has absolutely no reason to be nervous other than the fact that their brain is telling them to be nervous.

There are band-aids and remedies that might be able to curb chronic anxiety for the moment, but nothing so far has been discovered that will cure it and make it go away. Most people that suffer from inexplainable anxiety just have to learn to live with it and cope the best that they can.

There is not enough substantial evidence that can prove that there are any terpenes out there that can effectively treat anxiety. However, there is evidence and experience that suggests that certain types of scents and tastes can help to calm somebody’s mood and help them to relax when they are in a fearful or stressful state. 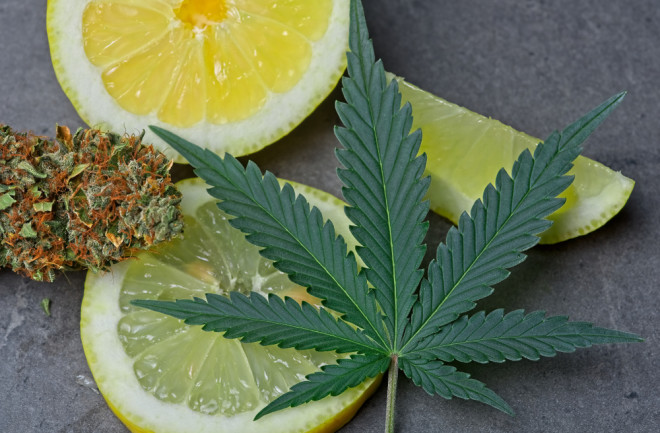 Myrcene is a common terpene that is found in many different types of plants. Cannabis, rose, lavender, eucalyptus, mango, and other pleasantly fragmented plants. People believe that this terpene has the ability to cause sedative effects. Some theorists believe that when it is used in conjunction with cannabis it helps to intensify the high that people get from THC.  Regarding its effect on anxiety, there is no actual proof that it can, however, millions of people believe that it does, in fact, relieve them of their anxious energy.

Another very popular terpene is caryophyllene. This terpene is also found in cannabis, yet it is also present in other plants such as black pepper, cloves, and cinnamon. It has a spicy kick to it, and is thought to be a very powerful anti-inflammatory compound.

One of the more curious facts about caryophyllene is that some scientists believe that it has the ability to interact with the body’s endocannabinoid system in a way similar to cannabinoids such as THC and CBD.

Since the endocannabinoid system is dedicated to keeping the body balanced and in a state of homeostasis, it is only fair to assume that it could have an effect on anxiety or stress.

Limonene is a strong terpene that has no problem letting you know that it is around. If you have ever smelled the scent of a lemon, lime, orange, or any other citrus fruit you have experienced limonene. It has a strong, tangy fragrance that is believed to offer a calming and reassuring effect on the people that smell it or taste it.

As for it being able to treat or relieve anxiety, maybe in the sense that its fragrance can cause a calming effect will deem it a worthwhile remedy for anxiousness. However, there is still not a lot of solid evidence that proves that any of the terpenes can actually treat anxiety at all.